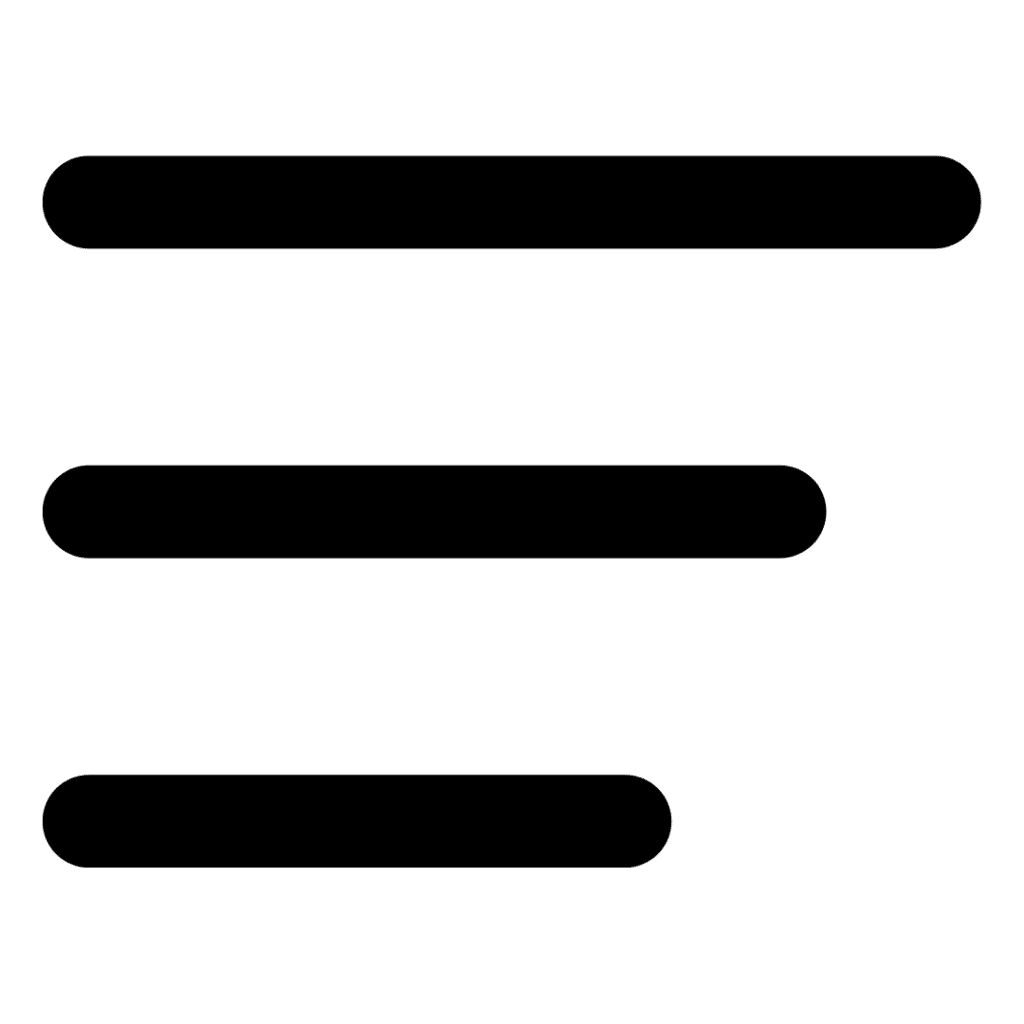 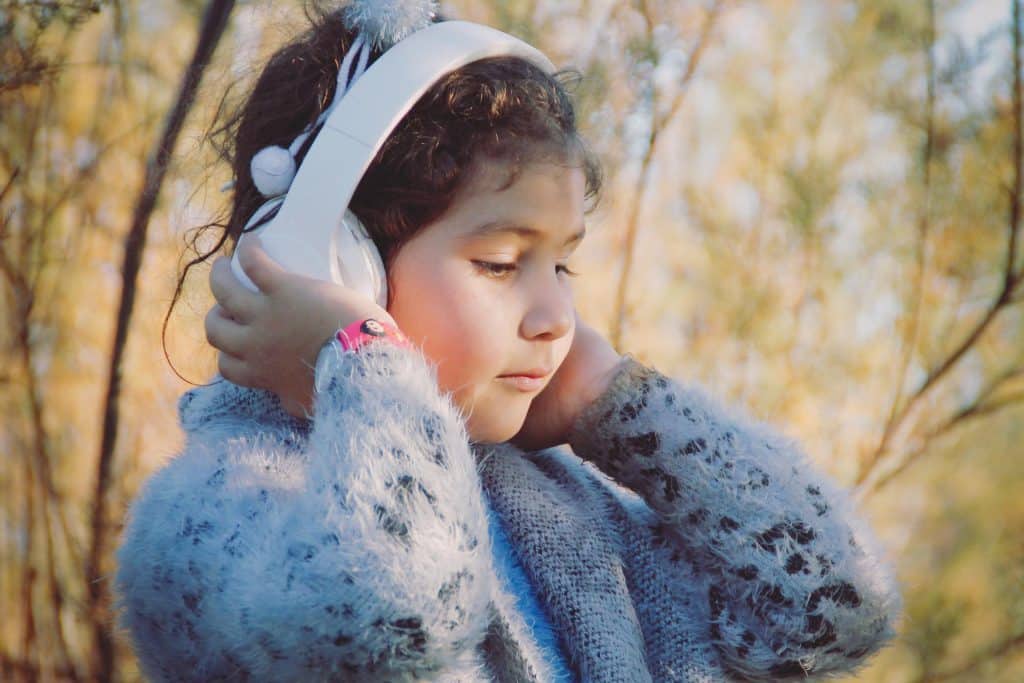 One of the best ways to keep your kids entertained on a road trip is with a good audiobook. Audiobooks are engaging without requiring your kids to look at anything, which can be especially good for kids that get car sick.

GoWhee parents know the value of keeping their kids happy while they travel, so we’ve chosen only the best family-friendly audiobooks on our list.

1. The Lightning Thief by Rick Riordan

If you have preteen kiddos, you may be looking for something with a bit more action. In that case, we recommend the award-winning series, Percy Jackson and the Olympians. The first book, The Lightning Thief, runs for a solid 10 hours, so you’ve got plenty of material to keep you entertained!

Time To Listen: 10 hours and 2 minutes

The Chronicles of Narnia series has remained one of the finest examples of fantasy literature since its writing. The first book, The Lion, the Witch, and The Wardrobe will allow listeners of all ages to develop a love of literature, and there’s no better time to start than when you’re all in the car!

Time To Listen: 4 hours and 21 minutes

3. How To Train Your Dragon by Cressida Cowell

Following the adventures of Hiccup Horrendous Haddock III, How to Train Your Dragon is a charming, humorous listen that’ll appeal to your younger kids. Narrated by the talented David Tennant, we strongly recommend giving it a listen!

Time To Listen: 3 hours and 30 minutes

4. Harry Potter and the Sorcerer’s Stone by J. K. Rowling

The Harry Potter series is a classic for children and adults alike, so it’s only natural that it’d be available in audiobook format! To pass the time out on the road, dive into the much-favorited books with the first entry, The Sorcerer’s Stone!

Time To Listen: 8 hours and 18 minutes 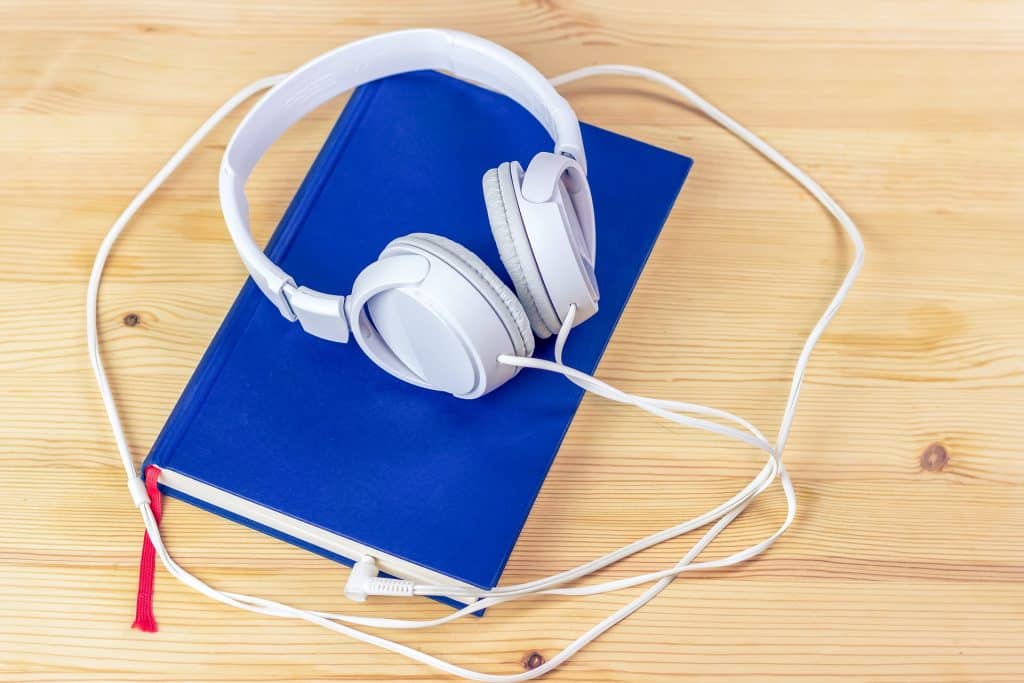 5. The Wonderful Wizard of Oz by L. Frank Baum

It’s hard to find someone who hasn’t heard of The Wonderful Wizard of Oz, but the majority of people haven’t ever taken the time to read it! If you’ve been meaning to check out this literary classic, why not listen to it with your family to liven up a long car ride?

Time To Listen: 3 hours and 49 minutes

6. Diary of a Wimpy Kid by Jeff Kinney

Best for those with younger kiddos, Diary of a Wimpy Kid is a quick, easy-to-follow book if you’re on the road for long, but not too long. If your kids appreciate the first, you can move on to the other books in the series, and trust us, there are plenty of them to go around!

Time To Listen: 1 hour and 57 minutes

We recommend The Hobbit to parents of preteens and early teens who already have a taste for literature. Though it may be a bit harder to understand for some, if your kiddos are up to it, we can’t recommend it enough. If they enjoy it, you can pick up the sequel trilogy, Lord of the Rings, a staple of classic fantasy that defines literature to this day.

Join our e-community and receive our 2022 guide of local gems for kids in 25+ countries. You will get free itineraries for kids, travel tips weekly, right in your inbox.

Psst… We don’t spam our people, we don’t share your info! 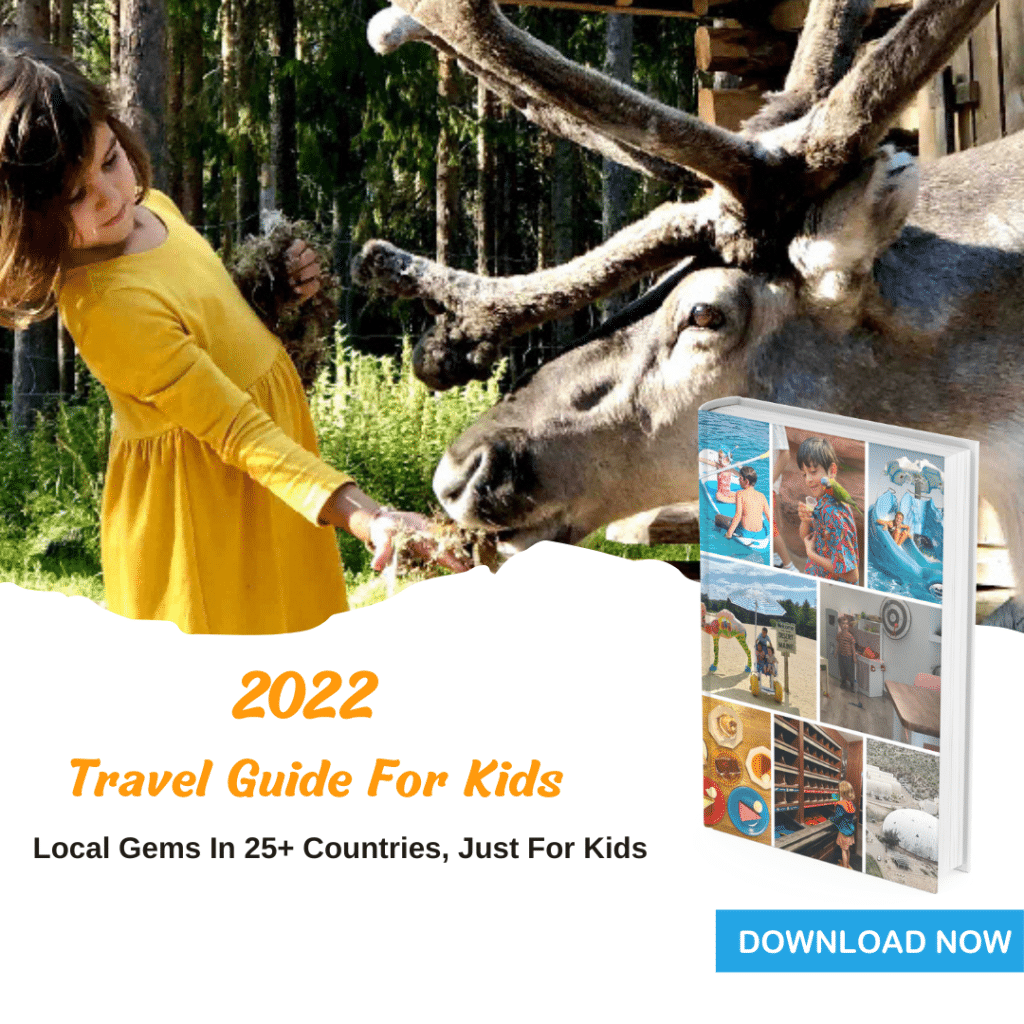 Not only is Redwall an excellent book series for children of all ages, but its audiobook version has a touch of theatre to it as well. Though other audiobooks are read by the authors, Redwall also features a full cast of voices to keep the story engaging and varied.

Another of the audiobooks read by the authors, some younger parents may even remember Mary Pope Osborne’s The Magic Tree House from their own childhood. With this anthology of Magic Treehouse novels, you can pass this nostalgic series down to your own children.

Time To Listen: 6 hours and 1 minute

10. A Bad Beginning by Lemony Snicket

Kicking off the Series of Unfortunate Events books, A Bad Beginning is a heartbreaking yet touching tale of family bonds persevering through all odds. Whether just for entertainment or to begin some deeper discussions about your own family, this book is perfect for passing the time during your next road trip.

Time To Listen: 2 hours and 29 minutes

For those who are looking for something a bit more on the macabre side, take a look at Neil Gaiman’s Coraline. Though it’s definitely not for everyone, especially small children, it’s the perfect book for families who love a good thrill and will keep everyone completely engrossed from start to finish.

Time To Listen: 3 hours and 35 minutes

12. The Collected Stories of Winnie-the-Pooh by A. A. Milne

A comforting, laid-back anthology of children’s stories, The Collected Stories of Winnie-the-Pooh is the perfect story to set a more relaxed theme for your road trip. If you feel like your family could use a moment to slow down and appreciate the small things in life, we recommend this book.

Time To Listen: 4 hours and 27 minutes 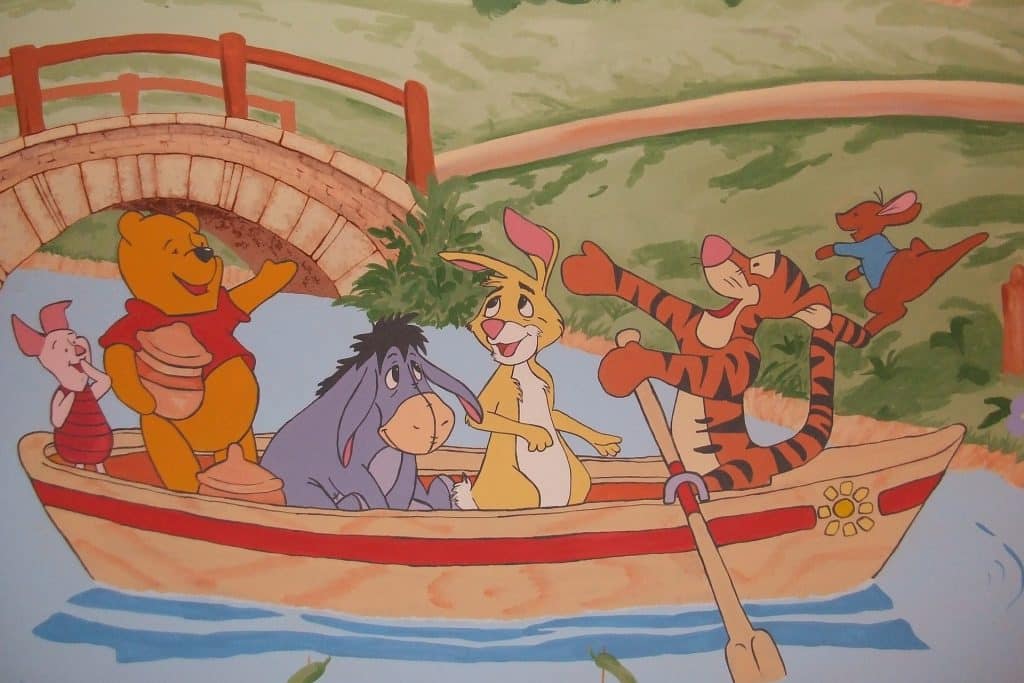 Charlotte’s Web explores deep, adult themes such as bonding, grief, and loss in a simple way that can start some interesting discussions. This book broaches some of the topics we just can’t figure out how to explain to our young children, and does so without being shocking or upsetting.

Time To Listen: 3 hours and 34 minutes

Whether you’ve read the original, grew up with the movie, or saw it on Broadway, Matilda is a children’s classic that everyone should be able to experience. Aside from being humorous and entertaining, it’ll also teach your kids to stand up for themselves and what is right, a valuable lesson for just about anyone.

Time To Listen: 4 hours and 18 minutes

Find fun places for kids- AND parents- near you or around the world
Hotels, restaurants, playgrounds, trails, theme parks, children’s museums, and more…

Travel with kids, easily and comfortably!

11. Watch a Thanksgiving Day Parade in the Windy City

New York isn’t the only city with a Thanksgiving parade! Reserve a room in Chicago’s Palmer House Hotel and experience everything Chicago has to offer, from parades to shopping, and even live music!

Good To Know: Check out one of Chicago’s many live music spots after the parade– many are family-friendly.

There’s nothing quite like spending Thanksgiving by the beach, and South Carolina is here to deliver! Book your turkey day getaway at the Wild Dunes Resort, and enjoy the local beaches, dining, and history!

Key Information: Family rooms start at $270 a night – Get Thanksgiving dinner delivered to your room!

Check out who’s checking us out! 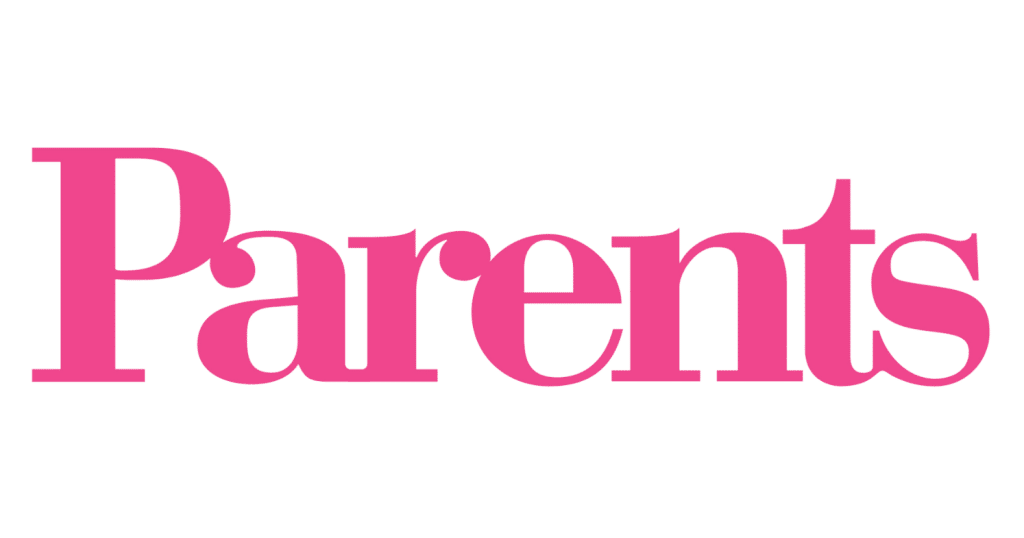 15. Little House in the Big Woods by Laura Ingalls Wilder

A touching tale of family life on the high frontier, Little House in the Big Woods has been a beloved book for generations since its 1932 release. Persisting through the challenges that come with frontier life, this story will allow families to reflect on and strengthen their own relationships.

Time To Listen: 3 hours and 41 minutes 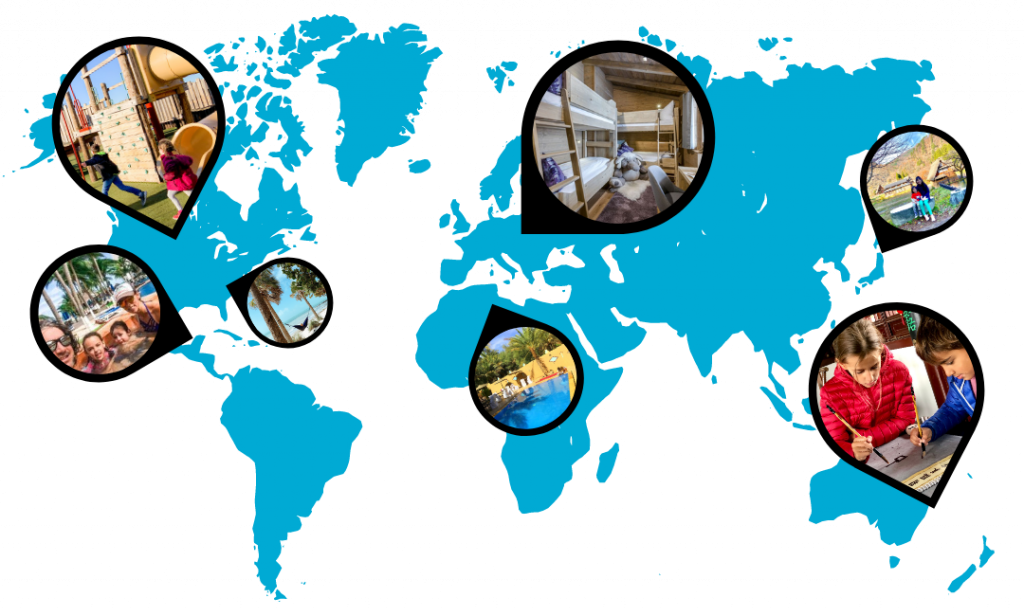 A story of persistence, strength, and intrigue, Holes follows a young Stanley Yelnats after he finds himself wrongly imprisoned and forced to labor away by digging holes. However, there’s more to it than meets the eye, with listeners of all ages sure to be enraptured as the mystery begins to unfold.

Time To Listen: 4 hours and 30 minutes

17. Into the Wild by Erin Hunter

The beginning of the immensely popular Warriors series, Into the Wild by Erin Hunter is perfect for novice and experienced bookworms alike. A tale of trust, betrayal, and of course, cats, your kiddos won’t want to stop listening.

Time To Listen: 7 hours and 29 minutes

Did you find this list of audiobooks helpful? Share it with friends and family that are planning a road trip by selecting an option below.

Hours
Minutes
Seconds
Sorry this offer is done. Make sure to not miss out on future perks and sign up for your weekly news now.

Join our community and receive your 2022 guide of local gems for kids in 25+ countries for FREE.

You will get itineraries for kids, travel tips weekly, right in your inbox.

Psst… We don’t spam our people nor share your info!

All inclusive sailing cruise with private chef, beautiful sceneries and water fun everyday! Rene and his wife are making you feel so welcomed & share their love for the Turkey coast. Kids have their own cabin and menus can be adapted to them. You can be matched with another family to ofset the cost.